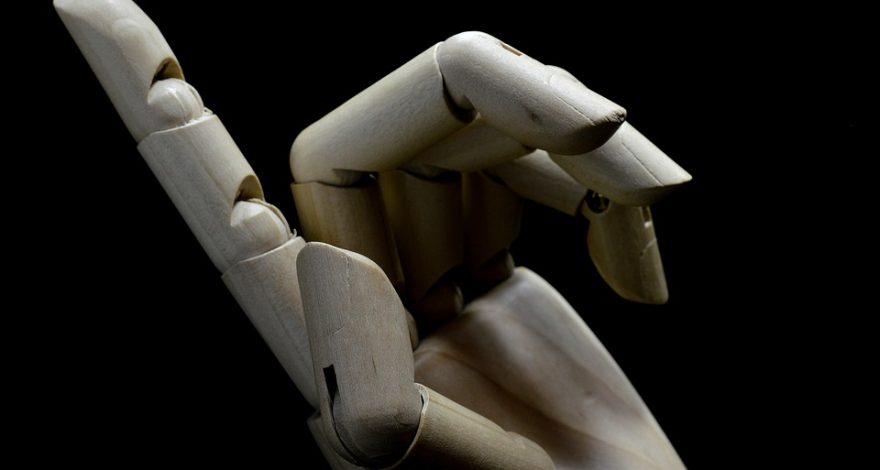 Most of us are familiar with sign language but few people know much about cued speech, an increasingly popular alternative means of communication for deaf and hard of hearing individuals. In a nutshell, cued speech uses hand-shapes and placement, combined with mouth movements, in order to communicate.

Though gaining in popularity, cued speech has also come to be a point of controversy in the deaf and hard of hearing community.

The National Cued Speech Association considers cued speech to be the “visible counterpart of spoken language,” a helpful comparison when explaining just how cueing works.

Spoken language is based on phonemes, the smallest units of sound in a language. Combining the individual sounds of various phonemes creates words and sentences. Phonemes can therefore be seen as the “building blocks” of any language.

In cued speech, these “building blocks” consist of visible hand and mouth movements, which essentially represent the phonemes of the language visually. When a string of these visible signals are combined, words and phrases are formed – just as in spoken language, where sounds are strung together to create words and sentences.

Pros and Cons of Cued Speech

Although cued speech and sign language may seem identical to a layman, the two communication systems are vastly different at a very basic level.

While cued speech represents the individual sounds of words via a system of visual phonetics, sign language primarily uses hand and body movement to signal concrete words and concepts.

Other arguments supporting cued speech have suggested that it can be used to improve literacy among the deaf and hard of hearing. Given that hearing children learn their ABC’s and basic phonetics before they learn to read, it makes sense that learning a visual system of phonetics and then applying it to written symbols would help hard of hearing children learn to read.

The main disadvantage of cued speech is its current lack of popularity. Sign language is still the predominant form of communication among the hard of hearing, so those who master cued speech may find they have limited outlets for cueing. There have also been questions as to whether cued speech is as fast as using sign language.

A 2010 Washington Post article concerning a Rockville couple’s choice to teach their children cued speech highlights some of the controversy surrounding cueing, which is often thought of as “too oral” by the deaf and hard of hearing community.

While it’s highly unlikely that cueing will ever replace sign language, its benefits are becoming increasingly clear. It’s possible that in the future, deaf and hard of hearing children will be taught both cued speech and sign language to maximize their opportunities for communication and literacy.

As a speech language pathologist I’m aware of the controversies between the oral/aural and ASL and signed English communities. It seems for the deaf born into a family with other deaf family members or who attend school with other deaf students teaching ASL or SE would be the “first language.” That said if the hearing community could start learning and using Signed English more as a second language more that would aide in comprehension of English for lip reading and text reading since the structure/syntax of English is the same. In addition if hearing impaired children can be inundated with cued speech either in preschool and/or at home from hearing family from an early age they can become fluent in oral language rather than only sign. It is extremely difficult to learn to read without knowledge of the phonetic basis of English. Certainly if a cochlear implant is planned this would essential. Ideally hearing impaired children can be immersed in both sign and aural language from very early childhood so they will be bilingual.
It seems like cheating the child not to give access to full communication with both the oral and deaf worlds.