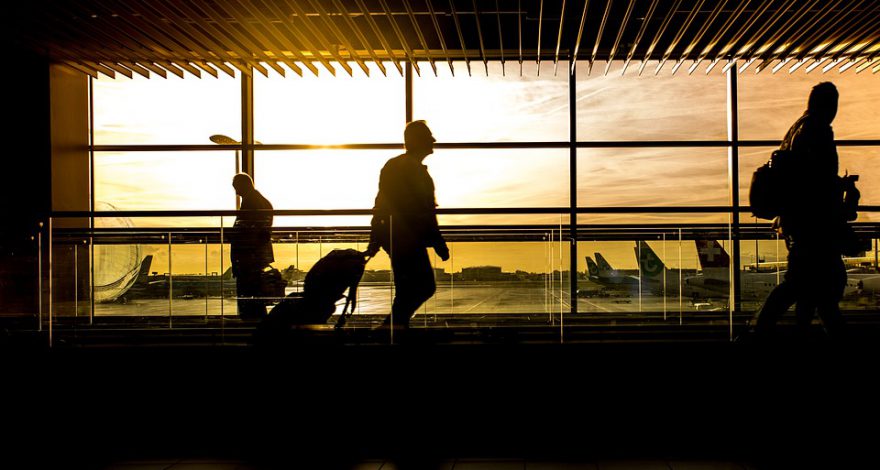 Business Etiquette 101: What Every Traveler Needs to Know

By: Autumn On: September 26, 2019 In: Conferences, Interpreting Comments: 0
Share This!

With today’s increased focus on globalization, many professionals are doing business with people from around the world.

But with so many different customs in every country, it’s easy to accidentally offend someone by making the wrong gesture or saying the wrong thing.

These international business etiquette tips will help you know how to act in a variety of situations you might encounter abroad.

In the US, a firm handshake is considered an important part of doing business. That’s also the case in Austria, Canada, Brazil, New Zealand, Germany, and Switzerland.

But according to most international business etiquette tips, a lighter handshake is preferred in some countries. For example, a light, quick handshake is expected in the United Kingdom, Mexico, India, Belgium, Japan, China, Singapore, and France.

In other countries, etiquette is even more specific when it comes to handshakes. For instance, in Russia, you should take off any gloves before you shake hands, and you should never shake hands over a threshold.

In China and Japan, your light handshake should be accompanied by a slight bow. And in Turkey and the United Arab Emirates, it’s best to shake hands with people in order of seniority.

You probably already know that in countries like the United States and Canada, eye contact is considered a good thing.

But in Japan, closing your eyes is actually a better sign that you’re listening than constant eye contact is. And in the United Arab Emirates, men are unlikely to maintain eye contact with women.

It’s important to pay attention to your body language, as well.

In Turkey, showing the bottom of your shoes is considered offensive. In the United Arab Emirates, using your left hand is impolite. In Mexico, putting your hands on your hips makes you look angry, while in Belgium and China, gesturing wildly is rude.

Certain dining etiquette tips can helpful during business dinners with international colleagues. There are all kinds of unspoken rules that might never cross your mind.

For instance, when you do business in China, it’s best to avoid finishing your food at dinner as it suggests your hosts were unable to satisfy your appetite. But in Switzerland, finishing the food on your plate is encouraged.

In Austria, you should try to avoid using a knife to cut your meat. And in Japan, you’d better not tip unless you want to be considered discourteous.

In the United Arab Emirates, using your left hand to eat is frowned upon, but it’s encouraged in Russia. And while people in the United States tend to be open to meeting during any meal, most professionals in Belgium prefer to do business during lunch, not dinner.

If you’re hoping to foster a new business relationship with international partners, you’ll want to ensure that you understand and follow proper protocol, whether you’re having a business meeting or socializing outside of work.

For example, in countries like Japan and Singapore, people are not usually confrontational. This means that just because someone says yes does not mean they actually agree or will follow through. But in the United Arab Emirates, saying yes is basically a verbal contract.

If you like to get social with colleagues and talk about your personal lives outside of work, you’ll enjoy doing business in nations like Brazil, India, the United Arab Emirates, and Turkey. But it’s usually best to stick to business topics in Singapore, the UK, and Switzerland, since people there tend to keep work and personal lives separate.

When conducting business abroad, one of the best ways to ensure that you don’t commit any cultural taboos and that what is being discussed is clearly understood by all parties, is to employ the use of a professional interpreter.

In many situations, you may find that your hosts will provide an interpreter for you. But you may feel more comfortable bringing your own interpreter from home. Just make sure you hire a professional with experience in business terminology. This way, you can rest easy knowing that they’re a native speaker with business expertise.

Make the right impression when meeting professionals from around the world by implementing these business etiquette tips and you’ll not only impress colleagues and clients alike, but also create lasting international bonds.

At Accredited Language, we have more than 35 years experience providing professional interpreting in 200+ languages and dialects. Our business interpreters are not only fluent in their source and target languages, but also well-versed in industry terminology, making for superior interpretations.

If you require professional business interpreting services, contact us today to learn about our on-site and remote interpreters and how we can help you make the right impression.