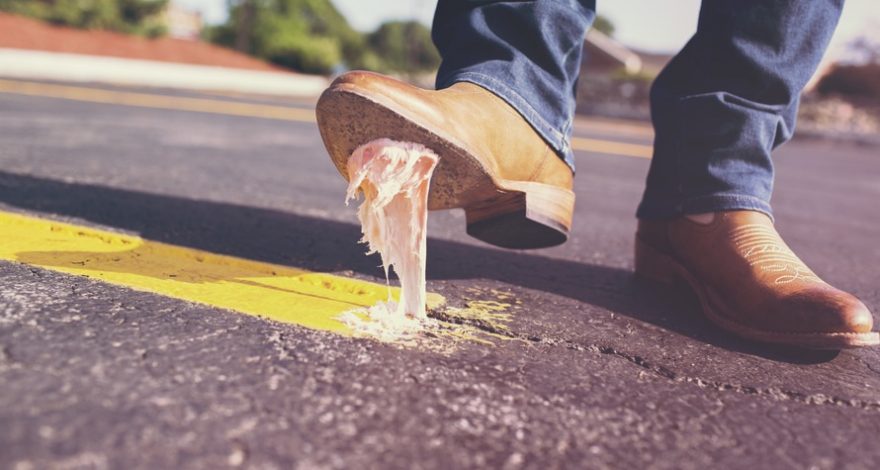 Proofreading is important no matter what language you publish content in, but it’s especially crucial to proofread after you make the effort to get a professional translation. Otherwise, you risk looking like you didn’t even bother to get an accurate translation, which may alienate your audience.

Two political parties in Singapore found this out the hard way when their Tamil translations turned out to be nothing more than gibberish.

The posters were supposed to feature the National Solidarity Party’s slogan — “Singaporeans Deserve Better.” Instead, the Tamil was completely incomprehensible, leaving speakers of language highly confused (not to mention undermining the very message the party was trying to endorse).

A candidate who belongs to the party claimed the mistake was not a translation issue, but a problem with the software that was used. She said that they did hire professional translators, but the font they used with the Tamil translation was confusing since the text did not turn out correctly.

Basically, the translation may have been correct to begin with, but once it was uploaded into the software program and printed out, the text was impossible to understand. The error resulted in Tamil speakers feeling neglected and even disrespected by the political party.

What makes this mistake particularly egregious is that the National Solidarity Party wasn’t the first political party during this election season to incorrectly translate their slogan into Tamil.

One week prior to the poster translation error, Singaporeans First (SingFirst) also incorrectly translated their party slogan, which was featured on a backdrop banner at a press conference held to introduce the candidates. Instead of reading “Restore Our Nation,” the Tamil version was a string of nonexistent characters — a mistake that was also chalked up to printer issues.

How Proofreading Could Have Saved the Day

In both of the cases highlighted above, there is one clear step that should have been taken that would have prevented these gaffes from ever occurring: proofreading.

When it comes to professional translation, there’s more involved than just the act of translating one language into another — its a team effort that requires both an editor and a proofreader. If the National Solidarity Party and SingFirst had taken the time to proofread their translations, the errors would have been caught immediately.

Mistakes happen, whether you’re writing in your native tongue or translating a document into another language. That’s why it’s so important to proofread your work, especially if (as was the case for these Singaporean political parties) your transferring your document through additional software.

The bottom line? Always review the final copy before placing it before the public’s eye (a tip ‘Homeland’ probably could have benefited from as well).

Proofreading Tips to Improve Your Skills

If you want to avoid translation errors of your own, working on your proofreading skills is a good idea.

You can start by getting into the habit of reading your content out loud. You might silently read through it already, but it’s easy to miss mistakes this way because your brain fills in the blanks. This means that even if you missed a word or two, you might not notice until you read it out loud.

You should also make it easy on yourself to proofread. You can do this by making the font larger or simply easier to read. Zooming in on the content can also help, as can shortening your sentences or paragraphs. You can always change the content back to the original format once you are done proofreading.

Another proofreading tip is to put the content away for a few days and then come back to it with fresh eyes. It can be hard to review the text as necessary when you are too close to it, which is why taking a break from it can help you see any mistakes you made.

If you are still having trouble proofreading your content (or just want to be certain that everything is perfect), hire a professional proofreader to do the job. This is especially helpful if you had the content translated to a language that you do not speak or write.

Better still, why not hire a professional translation company like Accredited Language? We not only provide translations by industry experts, but ensure quality through the use of both a specialized editor and professional proofreader.

Contact us today to learn more about our translation and proofreading services.