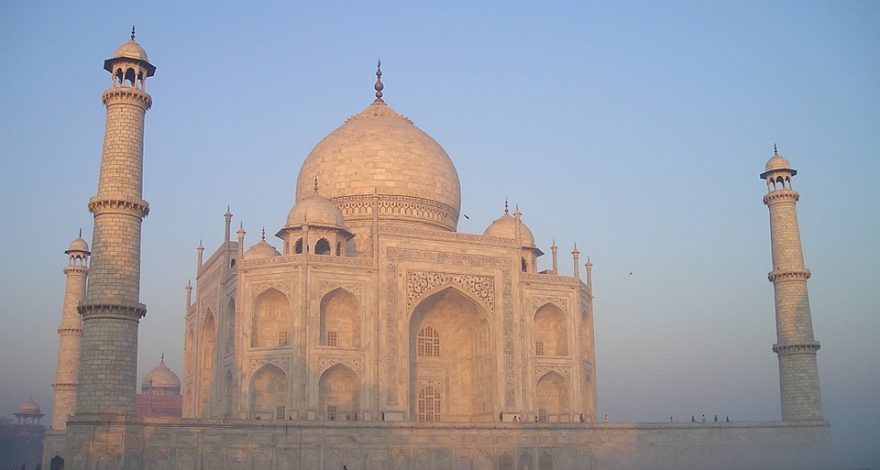 By: Ronen On: September 1, 2016 In: Interpreting, Languages, Translation Comments: 1
Share This!

With more than a billion people living on the Indian subcontinent, one would expect a variety of languages spoken there. And what a variety there is! With influences from a number of different cultures and language groups that have settled in the area over its long history, India is home to hundreds of unique languages – and when you include dialects, that number jumps up to the thousands.

In fact, there is even a saying in India: “the spoken language changes every 12 Gau (~20 miles).”

With so many spoken languages, communication isn’t always easy for those living in India, let alone those of us on the outside. In order to facilitate interaction, whether you want to expand your business into the Indian market or simply make contact with someone in India, professional language services can help you overcome the language barrier.

To better understand the linguistic landscape, let’s get a little background on the many Indian languages out there.

A Brief History of Indian Languages

Throughout the British rule of India, English was the official language used in administrative contexts and higher education. In 1947, when India became independent, the government was faced with a number of choices when it came to determining a national or official Indian language.

In the end, Standard Hindi was chosen and declared India’s principal official language in 1950, with the signing of the country’s constitution. However, due to the opposition of non-Hindi speaking Indians, especially in the south, where local languages bore no relation to Hindi, English was preserved as a sort of subsidiary official language with the Official Languages Act of 1963.

Today, Hindi maintains the largest number of speakers in India, though English is widely used as well in business and higher education. As of 2001, however, there were 29 other languages that boasted more than a million native speakers, and 21 have been recognized by the government as additional official languages.

The majority of languages spoken in India are derived from two language families: Indo-Aryan and Dravidian.

Indian languages of Indo-Aryan descent are spoken by around 74 percent of the country’s population and are most prevalent in the North. Such languages include Assamese, Gujarati, Hindi-Urdu (Hindustani), Marathi, Punjabi, Rajasthani and Sindhi, and emerged around the year 1000 with a basis in ancient Sanskrit and influences from a variety of other languages, such as Persian.

The Dravidian languages of India are found primarily in the South of the subcontinent and are spoken by roughly 24 percent of the Indian population. These languages include Kannada, Malayalam, Tamil and Telugu, and developed independently of the Northern languages derivative of ancient Sanskrit.

Though these are the two major language families present in modern day India, there are other independent language families as well, such as Austro-Asiatic and Tibeto-Burman, mainly found in the northeastern portion of the country.

In addition to the various family groupings, there is great variety in the scripts used to convey Indian languages in writing.

The majority of Indian languages rely on Brahmi-derivative scripts, including Devanagari (the script used for Standard Hindi as specified in the Indian constitution), Assamese, Bengali, Kannada, Tamil and Telugu. There are other languages that use entirely different writing systems though, such as Urdu (written in Arabic script) and Santali (written in an entirely independent script).

Apart from the fact that there are so many of them, Indian writing systems have the potential to cause confusion, as there are certain languages (such as Punjabi) that can be written in multiple different scripts. Thus, what may look like two entirely different languages to the untrained eye may actually be the same one.

On the flip side, there are scripts that are used by more than one language, such as Devanagari, which is used by both Hindi and Marathi. In these cases, what may appear as a single language could actually be representative of two entirely different tongues.

With all the intricacies and potential for confusion that these tricky languages present, it is all the more important that you have expert linguists, such as those working with a translation company, assist you with Indian languages.

How Accredited Language Services Can Help

As India becomes an increasingly important player in the global economy, more and more businesses will be coming into contact with Indian companies and individuals, from marketing products to Indian consumers to forming partnerships with Indian businesses.

Sometimes even recognizing what language is being used by those you are communicating with in India can be a struggle for those unfamiliar with the languages. Having a professional language services company like Accredited Language on your side is a smart move.

You can depend on Accredited Language for a wide variety of language solutions, including identifying the language(s) used by your target audience, translating legal documents, localizing materials for different areas and segments of the Indian population, and providing interpreting services for business negotiations.

Contact us today to learn more about our services and how we can assist you.

Just to add more information to the article, India’s 22 official languages are technically known as ‘scheduled languages,’ which means that they are recognised at a regional level and recognised within the Constitution of India. Hindi is one of these 22 official languages of India, but English is not, despite English being used (alongside Hindi) for parliamentary business and other legal and political proceedings.