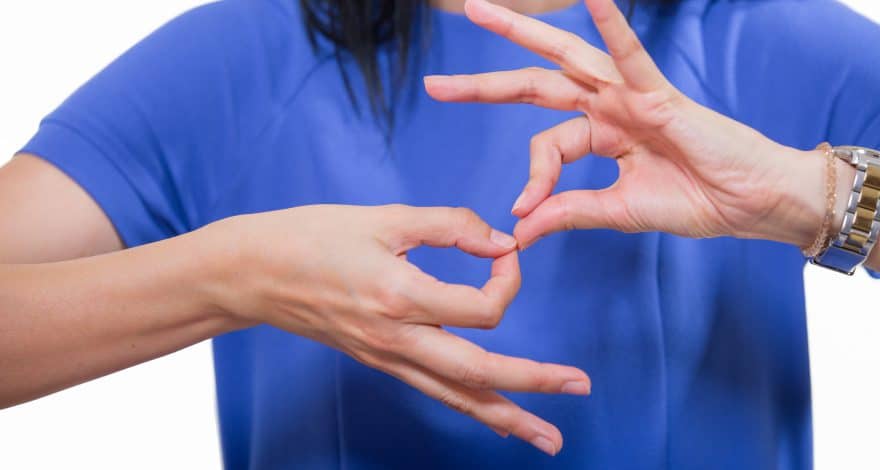 Just like spoken languages, sign languages differ significantly from one geographic region to the next, and they are rarely mutually intelligible. (This is why you’ll never meet a universal sign language interpreter.)

Read on to find out more about some of the different types of sign languages and how they developed.

Although Plains Indian Sign Language is one of the first known sign language systems — and is considered extremely important in the history of sign languages — it is rarely used today.

As is the case with so many other Native American languages, the number of people fluent in Plains Indian “hand talk” is dwindling to the brink of vanishing. Efforts to reinvigorate the Plains Indian Sign Language are now being made in hopes of preserving it for future generations.

L’Epee’s techniques were unique in Europe at the time, as previous efforts to develop communication systems for the deaf and hard of hearing had focused on teaching verbal speech.

American Sign Language (ASL) is largely based on LSF, which was brought to North America by Thomas Gallaudet in 1816. Similarities between the two systems are still apparent today (60%), though a person who is fluent in American Sign Language will not be able to communicate effectively with those who use LSF.

ASL remains extremely popular today, although it is now facing some competition from cued speech, a system developed in the 1960s that represents phonetic signs rather than words and concepts.

Due to their historical relationship, French and American Sign Language actually have more in common than American and British Sign Language (BSL). Interestingly, Gallaudet originally sought to learn BSL , but was rebuked by the scholars of the time resulting in his subsequent trip to Paris instead.

When comparing ALS and BSL, even the basic finger-spelling systems are different. For instance, BSL uses two hands while ASL uses only one.

The difference between ASL and BSL, which both developed in English-speaking countries, highlights the fact that different types of sign languages are not necessarily (in fact, rarely) based on verbal speech.

If a single spoken-English-based sign language system had been developed, then the sign language systems in the US and the UK should be mutually intelligible, with primary differences mirroring those between spoken American and British English — vocabulary, idioms, etc.

The case of ASL and BSL exemplifies the fact that sign languages — like spoken languages — develop largely along geographic lines as the need arose. Indeed, as is the case with any form of communication that develops between groups of people, sign language emerged among specific communities throughout the world where a need for a method of communication was discovered. As was the case with different tribes of Plains Indians who didn’t share a spoken language, but sometimes met with one another on the North American plains and needed to find a mutual means of communication.

Nicaraguan Sign Language, a system that developed in the 1970s and 1980s, offers a compelling example of how sign language systems develop within a geographically-bound community.

In the 1970s, the development of better schools for those with disabilities — including the deaf and hard of hearing — first permitted larger numbers of deaf and hard of hearing people in Nicaragua to congregate and learn in one place. Within a decade, a rudimentary Nicaraguan Sign Language system had been developed thanks to this newly-founded community, whose individuals needed a means of common communication.

It is also important to note that Nicaraguan Sign Language is very different in structure from the Spanish language, which again shows how types of sign language develop like independent languages — simply as a means of communication among community members — rather than being based on spoken languages.

In today’s modern world, it’s important to keep this in mind, especially when organizing events where sign language interpreters will be necessary, or when creating online content for disabled viewers.

If you require sign language interpreting services or have questions about the type of sign language you should be utilizing to connect with your audience, contact Accredited Language today.

Feel free to reach out in the comment section below for any additional questions about different modes of sign language or to share your own experiences. We love to hear from our readers!

You forgot one thing. In Puerto Rico.. Theirs speaking language is but they used ASL for their own sign language which is strange.

Dont forget about Brazilian and Portuguese (Azores/Portugal). I am Portuguese and deaf myself from Portugal/Azores.

This was really informing thanks! One question, what is the last name of the author? I want to use this as one of the sources for my research paper, but I can’t unless there is an author’s first and last name( for when I cite it) Thanks!

Is anyone using cued speech now? I really thought that had declined in use?